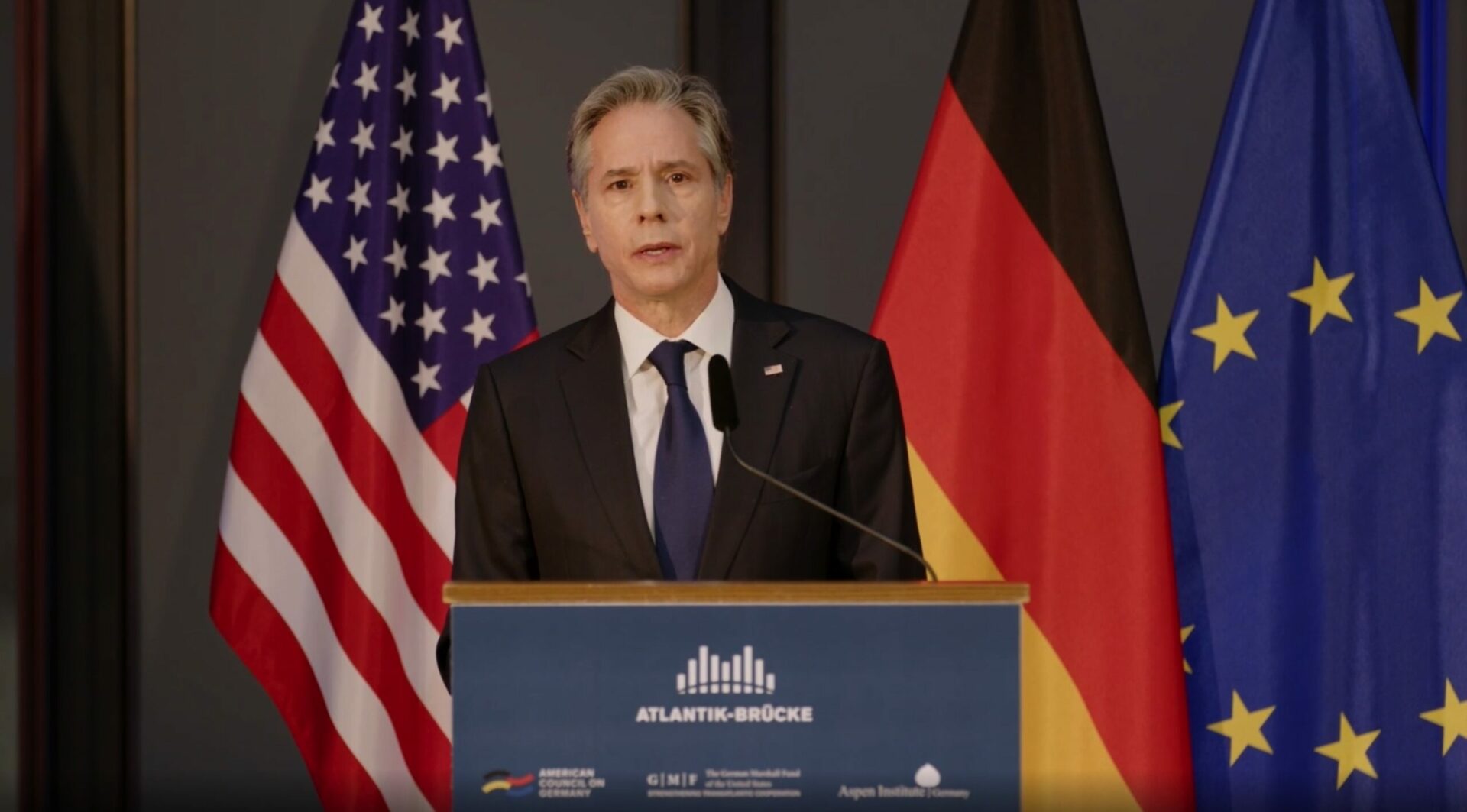 U.S. Secretary of State Antony Blinken was traveling through Europe on a diplomatic mission because of the crisis in Ukraine. This trip also led to Berlin. Here he spoke at the Berlin-Brandenburg Academy of Sciences and Humanities, from where his speech was livestreamed by Contentflow.

The speech on the crisis in Ukraine was hosted by Atlantic-Bridge in cooperation with the American Council on Germany, the German Marshall Fund of the United States and the Aspen Institute Germany. The speech was also available to view via the U.S. Embassy in Berlin, and the video could be accessed after the livestream.

Through the various partners, the Secretary of State’s statement was viewable on different social media channels and platforms, including the U.S. Department of State.

In his speech, Antony J. Blinken warned of high casualty rates in the event of a possible Russian attack on Ukraine. The Secretary made clear that Ukraine was not the aggressor. “Ukraine is just trying to survive,” the Secretary of State said. If an invasion were to occur, it would have global consequences.

How to Organize a Virtual Conference